Will It Take a Trump to Finally Fix Gender Pay Gap?

“Wage equality, childcare. These are things that are very important for me.”

Well, a new national survey on the disparity between women’s and men’s pay and opportunities for advancement may add fuel to her passion.

PayScale, a salary and benefits data company, today released its Gender Pay Gap report and the news shouldn’t come as a surprise, at least not to those who try to bypass fake news that’s long made claims no pay gap exists.

Women still make less than men “regardless of job type or worker seniority”; and women are less likely than men to be in management position, with the difference growing the higher level the job and career tenure.

This isn’t just a small sampling. PayScale reviewed surveys from about 1.8 million employees between Oct. 2014 and Oct. 2016.

The evidence has been evident for many years, but not enough as been done to turn the tide.

As Ivanka Trump said at the Republican convention, “politicians talk about wage equality” but little has change.

It’s unclear what role Ivanka will play in the new administration, but during the convention speech, she made a promise we should all hope President-elect Trump will keep. “My father will fight for equal pay for equal work and I will fight for this too right along side of him,” she said.

I am a Human Resource Professional with a Masters Degree in Human Resource Management. I have several years of experience in Human Resources and i hope this blog will be a great resource in helping you find the perfect job or candidate that you seek.
Previous Dad-to-Be and Desperate for Work
Next Checking the “I have a disability” box 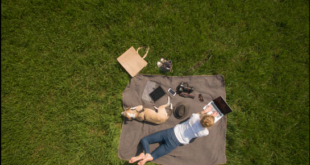 I check the farmer’s blog obsessively for any updates, which takes a lot of energy partially because he never writes on it but mostly because I have to work really hard at all the mental gymnastics I use to justify to myself what I’m even doing on there in the first place. But now I know. I...

Find out more or adjust your settings.