MLK Had a Dream: Cut Everyone a Check

What if every citizen got the same paycheck monthly no matter what their job or whether they had any job at all?

The idea of a universal basic income, or UBI, has been getting a bit of attention recently following Finland’s decision to test out a limited version of the concept.

This from a recent CNN Money article:

Participants will receive €560 ($587) a month — money that is guaranteed regardless of income, wealth or employment status.

The idea is that a universal income offers workers greater security, especially as technological advances reduce the need for human labor. It will also allow unemployed people to pick up odd jobs without losing their benefits.

While Finland’s experiment focuses on the unemployed, many proponents of the UBI believe it will work best when the paychecks are spread among all citizens.

“Rising inequality, decades of stagnant wages, the transformation of lifelong careers into sub-hourly tasks, exponentially advancing technology like robots and deep neural networks increasingly capable of replacing potentially half of all human labour, world-changing events like Brexit and the election of Donald Trump – all of these and more are pointing to the need to start permanently guaranteeing everyone at least some income,” writes Scott Santens in a World Economic Forum post this weekend. (The UBI infographic above was included in this article.)
Given all the recent UBI attention, it’s hard to believe it’s been an idea that’s been batted about for years. I was surprised to find a reference of it last week when I was reading Martin Luther King Jr.’s book “Where Do We Go From Here: Chaos or Community.”

While the book was written in 1967, a year before King was assassinated, it could very well have been published today because so much of what he talks about regarding race and poverty is unfortunately still with us.

“Dislocations in the market operation of our economy and the prevalence of discrimination thrust people into idleness and bind them in constant or frequent unemployment against their will. The poor are less often dismissed from our conscience today by being branded as inferior and incompetent. We also know that no matter how dynamically the economy develops and expands it does not eliminate poverty.”

In the book, King focuses on providing solutions, and on the issue of persistent poverty he suggested the UBI, which was called a “guaranteed income” back then.

I am now convinced that the simplest approach will prove to be the most effective — the solution to poverty is to abolish it directly by a now widely discussed measure: the guaranteed income.

Today, as in the 1960s, the UBI was getting a lot of lip service. But will it become a sustainable reality?

It sounds counter-intuitive, as Santens points out in his World Economic Forum piece. But it’s not, he maintains.

I know what you’re thinking. It’s the same thing most people think when they’re new to the idea. Giving money to everyone for doing nothing? That sounds both incredibly expensive and a great way to encourage people to do nothing. Well, it may sound counter-intuitive, but the exact opposite is true on both accounts. What’s incredibly expensive is not having basic income, and what really motivates people to work is, on one hand, not taking money away from them for working, and on the other hand, not actually about money at all.

To some, this may sound wasteful. Why give someone money they don’t need, and then tax their other income? Think of it this way: is it wasteful to put seat belts in every car instead of only in the cars of those who have gotten into accidents thus demonstrating their need for seat belts? Good drivers never get into accidents, right? So it might seem wasteful. But it’s not because we recognize the absurd costs of determining who would and wouldn’t need seat belts, and the immeasurable costs of being wrong. We also recognize that accidents don’t only happen to “bad” drivers. They can happen to anyone, at any time, purely due to random chance. As a result, seat belts for everyone.

So, what’s the cost of no economic seat belts, aka, the UBI?

People who are financially struggling lead to burdens on our entire system, he writes:

There are many UBI experiments going on globally and time will tell if they’re the poverty pill even King wanted to administer. But given how long we’ve been fighting our war on poverty, it may be time for some tough medicine.

“The curse of poverty has no justification in our age,” King wrote.

I am a Human Resource Professional with a Masters Degree in Human Resource Management. I have several years of experience in Human Resources and i hope this blog will be a great resource in helping you find the perfect job or candidate that you seek.
Previous Is the Pope praying for Obamacare?
Next Do Single Women Play Down Ambitions to Get Hitched? 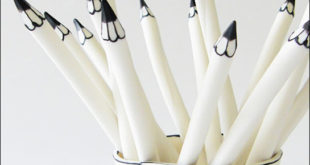 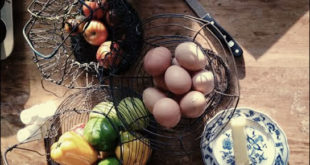 I check the farmer’s blog obsessively for any updates, which takes a lot of energy partially because he never writes on it but mostly because I have to work really hard at all the mental gymnastics I use to justify to myself what I’m even doing on there in the first place. But now I know. I...