The FBI just announced a sting operation that caught 50 rich and famous parents paying millions of dollars to bribe and cheat to get their under-qualified kids into top colleges (and, mysteriously, some not-top colleges). Last year a magnet school in Louisiana, which had been celebrated for getting poor minority students into top schools year after year admitted to lying and cheating to get the kids in.

I’ve been convinced that the college system is broken for a while, so I spent a good part of last year interviewing high-priced college consultants (many who are former staff on admissions committees to top-flight schools).  My goal was to figure out what sort of advice these consultants give parents. I didn’t receive any illegal advice, but I was shocked by how many corners you can cut without breaking any rules.

Here are some tips I learned:

Move to Wyoming. Colleges work hard to get students from each state.  And standards are lower for states with sparse populations. Brown University has an 8% acceptance rate but a 30% acceptance rate from Montana. And colleges are shying away from racial diversity and focusing on diversity of backgrounds. So if you can’t move to Wyoming or Montana, at least go somewhere rural.

Hide your ethnicity. If your name is Jose Gonzales, let the admission committee assume you’re one of the rare qualified hispanic males applying to their school. If you are Asian but your name doesn’t reveal it, consider that Asians need to score much higher than white kids to get into top schools before checking any extra boxes.

Play beach volleyball. There are hundreds of schools with varsity beach volleyball teams including Stanford, Berkeley and UCLA. Give it a try. Seriously. There are no national high school rankings, few club teams, and you don’t even have to be tall. Most cities with sand have free beach volleyball in the evenings. Even in the North. Play enough to know the basics. Then contact recruiters who have no idea how to find sand players. This is not cheating. It’s playing by the rules.

Play violin. So many kids play string instruments that colleges don’t think of it as a hook anymore unless you have some remarkable achievement as a string player. Luckily you can enter this international competition, and for just $600 everyone’s a winner and then everyone gets to perform at the winner’s recital at Carnegie Hall.

Study literature. Colleges need to make sure they have students for their tenured teachers in humanities. It’s a serious problem because so many kids are choosing STEM majors instead. So tell the college you’re planning to study literature. Write your essay about Proust. And then there’s no rule that says you can’t change majors after you start college.

Start a company. So many kids start companies that now admissions officers expect you to report how much your company earned. This is not difficult, even for non-millionaires. Learn to post earnings the same way startup founders post earning: high growth no profits. You’ll be like a pro –– on the cusp of VC funding.

Hire a scientist. The wait list for high schoolers to do volunteer work in a lab or hospital environment is more than two years in in some cities. But you can hire a professor at a major university to do a science experiment with your kid and then write a recommendation to colleges. No waiting!

Homeschool. Stanford accepted 5% of applicants but 27% of homeschoolers. This disparity is because homeschooling gives kids more time to cater to the arcane admission system that colleges set up. Most of what colleges want to see on an application doesn’t happen in school, so why bother being there?

Put a science lab in your bedroom. Wait. No. Don’t. Because the Siemens Science Competition (formerly Westinghouse, then Intel) was shut down because all the kids who were winning had access to their parents’ labs at major universities. Siemens said they thought there were more effective ways for them to promote learning. And then Siemens started giving scholarships to disadvantaged kids.

If we weren’t so stressed about how to raise our kids we wouldn’t be so outraged that other people are cheating.

But pretending the system is a meritocracy encourages more discrimination –– so says economist Robert Frank. And belief that one has succeeded inside a meritocracy leads to more self-congratulatory, selfish behavior. Frank says people who accept that all of life is about skill and luck are much more likely to be thankful and therefore more generous.

Bottom line: Gaming the system is a great idea, but you can’t game the system if you don’t have good grades. Hard work counts too. So raise a kid who has gratitude. Because when it comes to being a happy person, having gratitude is much more important than having a fancy diploma.

I am a Human Resource Professional with a Masters Degree in Human Resource Management. I have several years of experience in Human Resources and i hope this blog will be a great resource in helping you find the perfect job or candidate that you seek.
Previous Burn your training request form
Next How do you work full-time while you homeschool full-time? 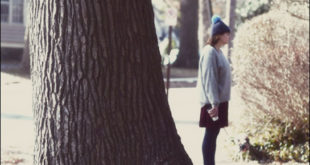