Checking the “I have a disability” box

Many hailed the December unemployment rate released last week, which remained below 5%.

But, the numbers are still pretty bad for one group of employees: those with disabilities.

While the jobless rate in December for people with a disability declined to 9% from 10.3% in the same month last year, it’s still nearly double the rate for employees without a disability, according to the unemployment report put out by the Bureau of Labor Statistics today.

Turns out, the majority of individuals with at least one disability don’t identify themselves as a person with a disability.

The findings come from a national survey conducted by Families and Work Institute, done in collaboration with the Department of Labor’s Office of Disability Employment Policy, and they shine light on an issue that may be hampering more robust employment for those with disabilities, even in workplaces where employers are going out of their way to hire more people from this group.

“When asked if they identify as a person with a disability, two-thirds (66%) of people with a disability said no. Asking the single question ‘do you have a disability,’ on an employment application will probably under represent the population of your employees who would qualify as having a disability,” said Kenneth Matos, the Institute’s former senior director of research who is now vice president of research at Life Meets Work.

It also becomes an issue for employed individuals who may have a disability but don’t share their challenges with employers or take advantage of support that may be available under the Americans with Disabilities Act or community programs or help that’s available or could be made available by an employer.

For example, an employee who’s getting older and is finding it harder to hear may leave instead of asking for an accommodation at work or turn to a hearing aid. Or, an employee who’s offered a new position may find that an emotional condition keeps her or him from accepting.

“If you don’t identify as a person with a disability you may stay out of or leave the workforce before realizing that you could take advantage of the supports we label as being for ‘people with disabilities’,” he explained. “You might not see yourself as covered under the ADA, or think that it is appropriate to ask your employer for a reasonable accommodation.” Matos said.

This creates a catch-22 for job seekers with disabilities but disclosure could lead to more support for job success from employers.

Another Families and Work Institute study Including the Talents of Employees with Disabilities found that more employers (84%) provide employees with disabilities access to task flexibility than employees in general (73%).

In other words, for at least one important support for enabling employees with disabilities to be successful, disclosing their disability increases the likelihood they will get it.  So, employees may need to disclose to get supports they are entitled to, but if they do so too early, they may never even get a chance to prove themselves worthy of the job in the first place. So, neither disclosure option is optimal for employees with disabilities.

What can employers do to help employees be more open?

It’s important to think about what you ask on employment applications. “You have to ask about specific forms of disabilities or provide examples to get a good read,” he advised, not just ask: “Do you have a disability?”

And as an employer, taking the reasonable accommodations approach may not work because people aren’t going to tell you. Instead, focus on universal design from the beginning, Matos added.

Make the workplace welcoming to employees with disabilities and older workers, whether they are new hires or part of your existing workforce. For example, set up office space to be easily navigated by someone in a wheelchair, or make sure all staffers know about technologies available to help folks with vision or hearing problems.

Basically, he added, “Set up policies and procedures so employees don’t have to identify to get the supports they need to succeed.”

I am a Human Resource Professional with a Masters Degree in Human Resource Management. I have several years of experience in Human Resources and i hope this blog will be a great resource in helping you find the perfect job or candidate that you seek.
Previous Will It Take a Trump to Finally Fix Gender Pay Gap?
Next Is the Pope praying for Obamacare? 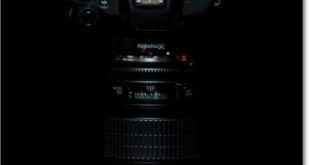 What To Do If You Hate Your Job 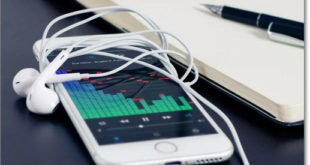 Getting Started with Programming and Tech With Pluralsight 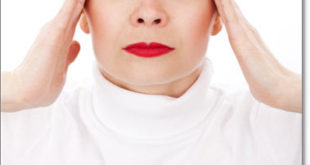 The Nervous Job Seeker: Do It Anyway!